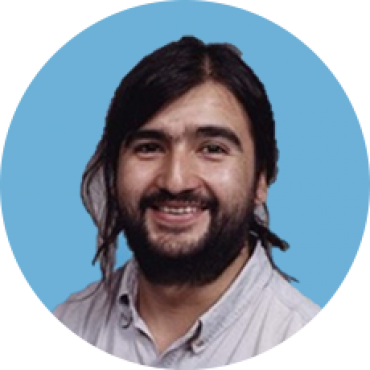 Hernan Ugalde is an experienced Consulting Geophysicist with over 20 years spent encompassing all stages of geoscientific data flow including: Acquisition, QA/QC, processing, modelling and interpretation. Over the past 10 years he has been focused on data integration and extracting geological data from geophysics. Since May 2014 he has been collaborating with Intrepid Geophysics on software testing, and as a reseller and associate representing North, Central and South America.

Hernan obtained a BSc and MSc in Geophysics at the University of Chile in Santiago, and a Ph.D. in Geophysics at University of Toronto in 2006 . He was a postdoc/research scientist at McMaster University from 2006 to 2011, collaborating with Bill Morris on geological integration and 3D modelling of geophysical data in a variety of environments, particularly Bathurst, NB, Sudbury, ON, and Newfoundland. He was a senior geophysicist (2006-2015) and vice president (2015-2018) of Paterson, Grant & Watson Limited (PGW). Since 2018 he is an independent consultant and Adjunct Professor at Brock University (St. Catharines, ON). Hernan has been interpreting and modelling geophysical data with a strong emphasis on using geophysics to obtain geological information. He has led and participated in numerous geophysical and geological training sessions in Africa, South America and Canada.